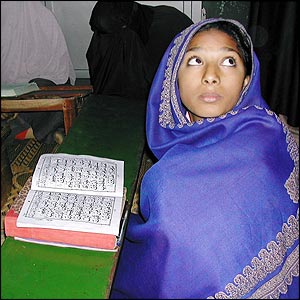 "A mosque teacher who subjected two young girls to an ordeal of sex abuse at Koran lessons in Edinburgh has been jailed for seven years.
Mahmood Qadri, 60, began preying on the children during the 1990s while helping the pupils learn the book of Islam."

"He began molesting the first child in January 1995 and the abuse continued until September 1998 during which time he kissed and carried out sex acts on the girl.
The second girl was molested by Qadri at the mosque from January 1997 until September the following year.
The victims, now 19, told his trial that he abused them in a bedroom at the mosque during Koran lessons.
One told the court that the abuse occurred every day she attended at the mosque."