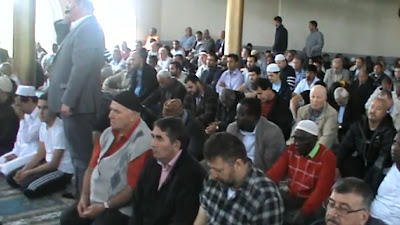 "In Sweden, which has some of the most liberal immigration laws in Europe, large swaths of the southern city of Malmö – which is more than 25% Muslim – are "no-go" zones for non-Muslims. Fire and emergency workers, for example, refuse to enter Malmö's mostly Muslim Rosengaard district without police escorts. The male unemployment rate in Rosengaard is estimated to be above 80%. When fire fighters attempted to put out a fire at Malmö's main mosque, they were attacked by stone throwers."

Soeren Kern writes for Hudson-New York, from where this article is taken.