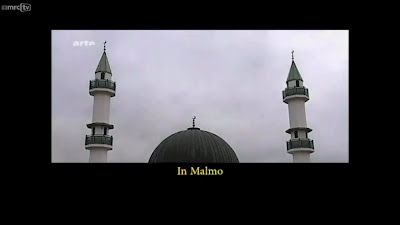 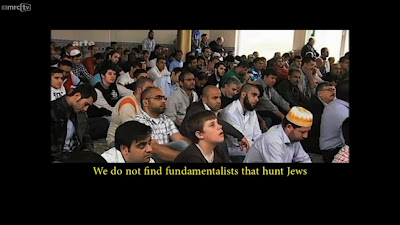 "Tuesday, 11 October 2011
French TV: The Situation for Jews in Sweden and Europe Today
Our colleagues at mrc-tv have sent another enlightening video presenting a French TV production on the threats to Jews in Europe and specifically Malmo, Sweden. Malmo has a large and growing, menacing Muslim population, with local political leaders who are pro-Palestinian and anti-Israel.
The focus of this French -TV production is on a young 21-year old Jewish woman, a pre-school teacher, in Malmo, who, because of the threats and physical attacks on the Jewish community, is making aliyah to Israel. The leader of the 700 member Malmo Jewish community is also interviewed as is an alleged Palestinian Muslim engaged in alleged dialogue with the local Jewish community."
"The young woman is seen saying goodbye to friends in Malmo, prior to her departure for Israel.
Watch the mrc-tv video with subtitles here."
Källa, New English Review tisdag 11 oktober 2011: http://www.newenglishreview.org/blog_direct_link.cfm/blog_id/38408