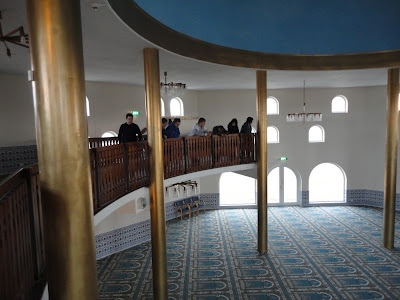 "Opinion
March 15, 2011
My Shabbat in Malmo
by Rabbi Abraham Cooper"
"So, on March 11, Samuels and I met at the Copenhagen Airport and, three short train stops later, arrived in Malmo for a five-day fact-finding mission. We met with political leaders, including the mayor, police officials and activists from minority communities, including the Roma.
The president of the Islamic Center reminisced about visiting his Jewish neighbors on Shabbat as a kid in his native Macedonia. He spoke frankly about the small extremist minority of Muslims who refuse to embrace the democratic values of Sweden."
"Rabbi Abraham Cooper is the associate dean of the Simon Wiesenthal Center."
Källa, Jewish Journal tisdag 15 mars 2011:
http://www.jewishjournal.com/opinion/article/my_shabbat_in_malmo_20110315/